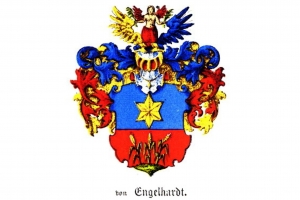 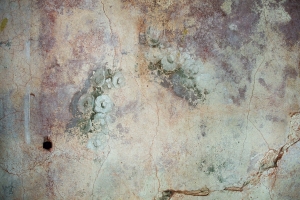 The foundation of the ancient manor dates back to the Livonian times: the being a Master of the Order Wilhelm Furstenberg borrowed (in 1558) 1500 marks from Johann Schungel and in return the Master provided him with the feudal rights over five farmhouses with one uncus of land at Oleri lake. On the site of these houses Hensel established a cattle manor with four farmsteads. During the audit of Rujiena Grand Manor (in 1638) it was found that in the manor there lived peasants and it was added to Endzele Manor.

Ohlershof and its surroundings for the first time were marked on a map drawn up by Swedish surveyors (in 1683). It belonged to Rujiena church parish. As an Oleri owner there was mentioned in 1638 the already known landlord - Hensel Guth, a lieutenant of Swedish army H. Michael Engelhardt. Under the management of the Manor there were fourteen farmhouses along with the land and Stilli half-manor. A few years later (in 1688) in uncus audit there were reported 2 5/8 unci, eighteen farmhouses, one manor - Muci, but people altogether counted for the total of 123 persons.

Thus after Hensel Guth and Würken also Ohlershof was inherited by his son, the bearer of the family name, Major Michael Engelhardt (1678-1730). During the agrarian reform – the manor reduction time launched (in 1680) by the King Charles XI (1660-1697), Oleri Manor was reduced to the state ownership, confirming the status of the crown estate (in 1690).

In the early 18th century, both - Endzeli and Oleri manor (in 1740) was restored and returned to the use of the Engelhardt family. The uncus audits in 1731 and the 50-ies mentioned as Oleri Manor owner - judge captain Kaspars Engelhardt (1683-1759), but already in 1782 the owner of Oleri Manor was his son assessor - county judge Johann Friedrich von Engelhard (1724-1813). During the period from 1780 by 1781 in Oleri Manor at his friend’s - assessor Engelhardt, there worked as a tutor the Baltic German poet J.M.R.Lenze.

The oldest manor complex was developed in the 17th century and originally it consisted of a wooden Master house with outbuildings. The existing Oleri Manor ensemble was built in the 80-90-ies of the 18th century, in the early classicism style. The interior of the Master house of the manor was decorated with wall paintings in grisaille technique.

On the picture the coat of arms of Engelhardt family and the wall paintings in Oleri Manor dated the 18th century.